Just a couple of shots - in those days film was an expensive commodity for me, and as a result I tended to concentrate on trains, something I now regret deeply. I missed a lot of railway shots too I might add - if only we'd had digital!

Two Wellglade vehicles, one a standard NBC pruchase, the other less so.
Read More 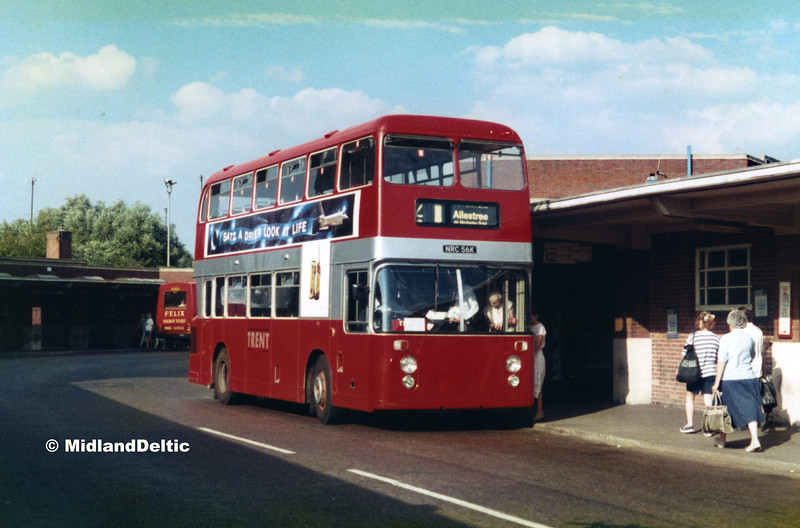 Carrying the fairly short lived red and silver Trent Buses livery, the Fleetline is a rarer choice for an NBC company. The ECW body isn't however, and to me always looked ungainly in highbridge form, although the BET screen improves the look compared to the earlier flat screen version!

556 is seen on a 2 to Allestree, a route I came to know later while at Derby working on the Star Trak real time system for the route. Haivng been operated by Solos since 2002, the route is now the preserve of Enviro 200 MMCs.