Just a few from town this morning.
Read More 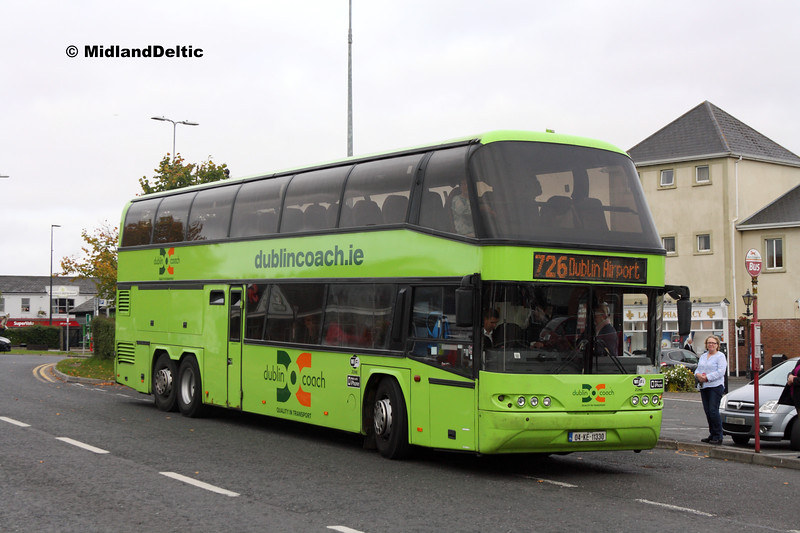 Loaded up and waiting for departure time is one of the ageing Neoplans of Dublin Coach, preparing to work the 1030 to Dublin Airport. Two Van Hool deckers have been delivered, but are appearing on routes other than this one, often leaving more unsuitable vehicles for the stage carriage section subbing for failed Neoplans - the King Long being the worst example. Rumours are that more Van Hools are on the way.